Posted on behalf of Sanka at his virgin Q…Sanka has been crushing it at Skunkworks and other workouts, so I knew he was ready to take the helm and he did not disappoint.

Mosey to the bottom lot of the church.

Mosey back to lot

The idea was to get a full body workout today with enough cardio to keep the #mumblechatter to a minimum, and those pesky PAX off my back, as I fumbled around the dark like a quintessential VQ. A little nervous speed cadence in the beginning from YHC elicited some Weinke comments (Bulldog, Brown), but overall I think my goal was accomplished.

#T-claps to Susudio for bringing the speed today and leaving us all behind #RespecttheRespect. Orange Whip and Rhapsody, both site FNGs, were also flying around out there in their first taste of the Skunk.

Strong prayer by Splinter taking us out. A good reminder that we, as men, are not invincible, though we often want to think we are. Be careful as you post and take part in the #CSAUP events. Never take for granted the gift of health and ability to participate in the workouts.

Thanks to Harley for tapping me to lead. 6 months in, it was time to stop freeloading and step up to the plate. I had a blast and look forward to doing it again soon.

Post at The Charge and bring your shoes for #SoleRedemption. Baracus is matching donations with each pair given

If you like the kettle bell workout, check out Meathead on Thursdays at Elizabeth Lane Elementary. Less running, more lifting. #0.0 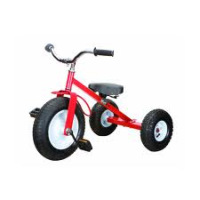 iphone alarm fail….I hate I missed this one Sanka. It looks like one tough skunk! Great job bro.

Sorry I missed it(I think), I need to break in my new 18kg bell and give Jellyfish his 35lb back.

Tomorrow is the launch of #F3Dromedary at Marvin Ridge H.S. if anyone can get down to support the launch, Bananas & Bratwurst are the site Q’s.

EH your friends as we keep pushing the Union County expansion!

i love that hemerrhoids make into the backblast. can we have a rename to preparation H??

Heck of a job Sanka! Didn’t seem like a VQ at all! Simple and brutal!

Sanka delivered on his virgin Q. Pax gave him no grief as they were searching for their next breath.

Great lead Sanka! You did not mess around this morning. Loved the combo

Very well done brotha, great to have you lead.