Nineteen independently-minded Pax assembled of their own free will, clear of conscience and pure of heart–discounting for a moment original sin / total depravity.  Which reminds me, sounds like Joust had some good numbers today.

There were four for a KB appetizer consisting of 2 Brits and 2 Hairy American Winning Machines.  Cottontail didn’t stoop to Haggis’s level by bringing a trailer hitch to KB but he came close with his 1940s Iggy Mandlebaum dumbbell (GO TIME).  But credit where credit is due: What he lacked in grace he made up for with awkwardness.

In contrast to the throwback manliness of Cottontail’s dumbbell, was Sussudio’s,  ahem, “dog,” Kiara. He was unsure of the breed (which is what I would say, too, if I had a dog like that) but it appeared to be a mix of Maltese, guinea pig and a loofah. Kiara is apparently named after the 5th generation lioness in the lineage of the Lion King and Simba, having not seen his daughter in some time offered thanks while inspecting his glands.  Kiara was quite pleased with the whole production.

After Sussudio put the “dog” back in the glove box, the show went on.

Jailbreak back to the house, with a few minutes of Mary before COT. 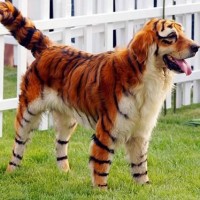 I showed up at the normal 5:25…but clearly missed some good KB pre-workout stuff. I’m not going to comment on Sussudio’s glove box dog, dude is way too manly.

One of my favorite quotes – What he lacked in grace he made up for in awkwardness.

Before F3 Simba could only lift a sacrificial mouse. After ~6 months (Guessing) look how strong he is now! The program works!! We’ll need to get the before and after shot for the media blitz.

I may have to run over to Joust next week. Still feeling a bit woozy from Kevlar today and not sure if it was caused by the view of Run Stopper’s tights or Donkey Kong’s wooly vest.

Hopefully the Shoe Q of Joust has a big enough vehicle to carry every one of TR’s old sneakers since the days of trolling the Clemson Campus preaching the proper use of Kettle Bells.

Bulldog, the video would have been better. Thanks for the fun TR.

I think the dog ended up tucked in Runstoppers tights for the majority of the workout! According to Susudio its a mix between a shih tzu and a bulldog…