Circuit City put out a Slack asking for someone to take his Q this week at Hawks Nest. YHC thought it was 0600 start. It was not, but responding to a Q call with a question about start time is really an HC, so, after a month-long hiatus, I wound up with the Q. Disclaimer was talked over and interrupted, as expected, but it was said.

Mosey a little and circle up for COP

Short move to the corner of the lot.

Mosey to Hope Church. Grab a rock. 10 each-Curls/Tri Ext/Overhead Press. 2x through. AYG down the parking lot and back. Repeat 2 rounds of Rock set. Mosey back to launch lot.

Solid crew of 18 plus the Q. Had no idea what the numbers would look like so the plan was to keep the group in the same general vicinity. Didn’t much matter what we did today, the humidity was through the roof and the sweat was flowing.

Great to be back out after some time off of F3. Missed you guys. Spackler, too.

Some mumbles about the name change of the workout to Falcon Crest. Did not get a definitive answer on whether or not that officially happened.

T-claps to Snowflake for the takeout prayer. More for Sable for prodding me along to take the Q.

Clover is collecting for the Limey Tennis Shoe Fund.

Crane Relay coming up. Hit up Frasier if interested. 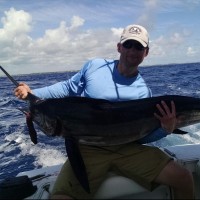