Not your typical Benny bootcamp q

Not your typical Benny bootcamp q

11 pax made the smart decision to post at Centurion this morning, after a proper disclaimer that would’ve been Mermaid approve had he made it to the workout, off we went first stop on our adventure was the Fish Third Bank lot for cop.

The Thang:
Split into teams of four PAX each. Two stations, one on the walkway upstairs, another in the lot. PAX 1 does merkins in the parking lot, PAX 2 runs to the close stairs and runs up them, and around to where PAX 3 is doing jump squats. PAX 3 & 4 runs to the lot and commences merkins while PAX 1 runs up stairs to relieve PAX 2 and do jump squats… repeat 3 times. Followed by a 10 count

Head back to the lot for a second set of the grinder using a mary rotation of LBCs, H2H and Box Cutters X10 in the lot, then upstairs we did burpees, then flapjack repeat 3 times. Followed by another headcount

Next we went and grabbed some wall and did Peoples chair starting at 25 air presses repeated this 3 times and worked our way up to 75 air presses. From there we began moseying back to launch, upon this YHC realized we still had time to spare and came up with another terrible idea.
From there we did two rounds of sucides from the end of the lot closest to McDonalds each round 3 times. At the buildings closest to Planet Fitness round 1 we did 10 merkins each time we got there, second round we did 5 squats. From there moseyed back to launch for quick Mary.

Snowflake with the strong takeout at the end of the workout. Mileage ranged from 1.5 all the way to 2.6

Strong work today by the pax, I got this terrible idea from Flipper when he Q’d at Centurion in 2020 but added my own diabolical twists to make it more interesting. Thought it would be nice to show that YHC can lead a bootcamp and not have close to 3 miles of running(yes that is possible). Strong work by everyone today no shocker that Point Break and Sable were out in front just about the entire workout. This q was a long overdue makeup one back when Margo was still a Centurion Site Q I owed him for taking a Fast Twitch Q, unfortunately being on IR pushed this back awhile. Either way it was good to come out and post at Centurion, I don’t normally post there but its a terrific AO with tons of options to chose from. Sable almost gave me the idea to have us run to the neighborhood of site q’s Pre School and Mermaid both of which weren’t present. Pre School adapting to having another 2.0 I figured understandable excuse Mermaid found out that he had overslept his alarm not as much of an excuse.

Announcements:
-Metro is doing a GORUCK this summer see slack for details.
-Keep an eye on the slack channel for a revival of Crane Relay likely happening this summer. Thank you to both Mermaid and Pre School for inviting me to Q at Centurion, always happy to come back and lead anytime. Figured third time is the charm and if I expect Fast Twitch to do backblasts then have to post a Centurion backblast as this site has a tradition of almost always having a backblast posted. 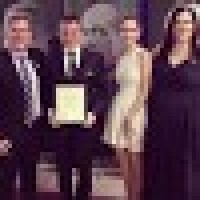