10 PAX emerged from the gloom for YHC’s 2nd Q. To say I was prepared was an understatement but we put something together that would cover the three food groups — legs, core and upper body. Gratitude and disclaimer given, we launched our way from the Gloom to the Doom!

Warm up – Jerry World arrived just as we were settling in to make our group 11. He was working on yet another post-draft trade to a division rival to help them lose earlier in the season so us Cowboy fans don’t have to worry about false hope. Side-bar — Dak Prescott cannot block, run the ball and catch the ball at the same time. Get us some better protection please!!!

Anyway — warm up of SSH, IW, Hillbilly and Big Arm circles (need to work on the Q Pivot to avoid dizziness).

“4” Corners – Mosey to the medical corner for some “4” corner work featuring 25 reps of Squats, 25 Bonnie Blair’s, 25 Bobby Hurley’s, 25 Sister Mary Catherine’s and 25 Lunges. Wait a minute, that’s five exercises! Only the late great Dean Smith can make five positions work in four corners. Let’s reset the PAX, cut Bobby Hurley and go a second round — Squats, Sister Mary Catherine’s, Bonnie Blair’s and Lunges. One Star called marry while we waited on the six. 2nd round completed successfully, PAX confusion reduced and we mosey to the back of Target.

“LBC Ladder Match” – Start with 5 LBCs at the first street light and add 5 more LBC to the count at each light while travelling travelling through the gloom. One stipulation, at least one bear crawl AND one crab walk must be done between a set of lights. Lot’s of inaudible mumble chatter due to my heavy breathing indicated the task was challenging. Circled up and waited for the six in the parking lot with more LBCs. Anonymous quote – “what are we doing here 65 more LBCs?” Yep — followed my a Mosey to the Doom.

“Merkins of Doom” – Circled up for Moroccan Night Club, Little Arm Circles and Windmills to warm the shoulders. 3 reps of each Merkin variation called by each PAX. Only stipulations provided were no repeats and one round of Seal Merkins not called by YHC. Teddy lead off with Diamond Merkins to set the tone followed by One Star’s call for Star Merkins (wide are and wide feet)…Tonyatine’s Criss-Cross Merkins (now known as OMG Merkins) blew out any remaining arm strength but Sweetwater brought us back on task with Regular Merkins (so refreshing and soothing!) and re-established mental focus. Left Arm Forward Merkins (Jerry World)…Right Arm Forward Merkins (Noonan)…Right Leg Up Merkins (Mic Check)…Hand Release Merkins (Patent Pending- who almost ran out of ideas)…Carolina Dry Docks (Loogie)…Wide Arm Merkins (Point Break) completed the circle of 30 reps! Leaving YHC to call the last round of SEAL MERKINS with a tacked on 2-rep penalty to raise our total to 35. Thoroughly impressed and gassed, we took the long Mosey back to launch to sluff off some time and recover.

…But still arrived a minute early according to Point Break’s time check so we dropped and held a plank to see the round through.

This was my 2nd Q and despite zero prep time compared to my VQ this felt comfortable and relaxed. That confidence comes from F3 and knowing we are all there for each other. The shame of the fartsack is a real thing, but the real pull to get out into gloom is knowing that one will be out ready to lead all who show up.  The biggest fear of a Q is not knowing who, if any, will show up — so we pay it forward by getting out of the fartsack to go stand beside the one. Thank you for showing up and following YHC through the Gloom and Into the Doom.

Future blood drive, The Maul needs Qs, Wingman still recovering, too many new AOs to list but go check them out, we need a shovel flag building party. 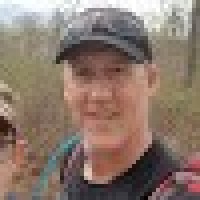