10 at Bagpipe for a leg smasher.
Thanks to all of you for coming out to Bagpipe for Leg/Core Day. The Qs arms are a little skinny these days so we had to take it light on the upper body (as evidenced by the strained voice while calling cadence for merkins).
Our morning started off right with @Rousey serenading us with pump up music on his way into the lot.  The PAX were generally pleased with my offer during the disclaimer to help (without liability) should any of them get injured — fortunately no one needed to take me up on the offer, although @fallout did mention that his legs felt run over by a car at one point.
Definitely a little rusty on the bootcamp Qing. Thankfully, I had @mic_check keeping me honest and calling out my inefficiencies (and even sneaking a look at my weinke

) all along the way. The most astonishing part of the morning was when @cableguy ran off into the dark and came back as two people. @kirby busted out some heavy vocabulary talking about mitosis. Turns it out it was @Chopper, making our group of 9 an even 10.
The elbow planks may have been a bit excessive toward the end. Believe I saw @SweetWater eyeing @tagalong jealously as he propped himself up on his beard, forming a comfortable tripod. Great work by all on a chilly morning. Thanks to @Cooter2 for getting me on the calendar. I can only hope that you all have legs as wobbledy as mine right now.
Announcements 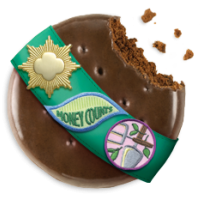