Posted By Mallcop on Flippers behalf.

9 Men including YHC were bold enough to hit the fart sack ejector button and join up for some folly at The Rock.  Little did they know (unless they pay attention to twitter of course) that trouble was awaitin them at the final destination.

Mosey down towards the front parking lot and circle up

Rotating over to the courtyard started with partner dips much to Mallcops protestations, 2 sets of 20.

For the next 30 minutes or so we enjoyed some Hoplite Splits:

o   Laps around the church

Quick mosey round the front over towards North Face during which time Deadlift opted to practice his parking lot dive and got a skinned knee for his trouble.

Once at North Face completed some bear crawl split work

o   Get down North Face (Run Stopper decided we should roll, it was a Flipper Q after all, gotta roll down a hill) then bear crawl back up

Was a cold day, but a good one and great second Q from my perspective.  Heckuva a day for an FNG but he was game and kept up with the crew very well, even joining in for the obligatory coffeteria after.

It just wouldn’t be Saturday if it didn’t start at the rock. 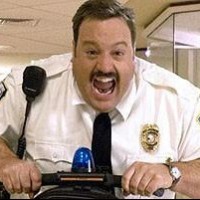 Looks like a good one flipper. Rolling down north face? I am on Q at Day Zero next Saturday but will be back to Rock after turkey day.