14 some in sweatshirts, some still wearing their summer gear. It’s that time of year when it’s hard to know how to dress. Do you want to be cold before the workout hoping that there’s enough downPainment to heat the engine up or as some Pax do, you can bring the sweatshirt and #ManTights (@RunStopper), only to shed layers along the way. Thank goodness ‘Stopper never sheds his #ManTights.

After a mosey into the heart of the Joust AO, we did a little COP

Mosey to the football field for a few more COP exercises not all of which YHC remembers.
Heels to Heaven x 20
Mountain Climbers x 20
something else maybe?

Warm-up lap around the track

A Round of 17’s.
Run track with Merkins and Squats in each corner starting with 16 Merkins and 1 Squat, next corner 15 Merks and 2 squats, and so on. A good exercise for anyone who pushes on the ensuing runs.
Plank when done

@Cuda’s Paint Bucket Special
Line up on Goal line facing the other end zone. Pax 1 sprints to far paint bucket (70 yds away), retrieves a piece of paper, and sprint back. Pax 2 takes off while the remaining Pax do the exercise called out on Pax 1’s paper. Paper then goes in Bucket 2 at the near goal line.
Exercises include Merkins, Maktar J’ai (spelling issue), Burpees, 6″ Flutters, Dolly, LBC, MORE Merkins and MORE burpees. @Cuda had a few pieces of paper with pull ups called out. With the CCS bars being so far away, the Pax were free to call another exercise. At least one (Stage Coach) admitted as such as call out Double Burpees. That was met with LOT of groans as the Pax were just polishing off a set of Merkins.

We ran through all the pax plus another 6 or 7 before running back to the Shovel Flag for COT and a great take out by @Header.

Moleskin
So YHC got from @Lee at #Governator on Wednesday. And @Cuda provided the inspiration and materials for the Paint Bucket Special. He pulled that one out of his bag of tricks two weeks ago at #Fortress. Thanks “Cuda
No one ever accused YHC of being creative. Sam Walton, the founder of WalMart once said, that he never had an original idea – they had all been taken from his competition.

Due to several injuries incurred over the last year, this was YHC’s first Q in a while. It was a lot of fun to get brush the rust off my cadence counting, etc. Thanks Header for the opportunity.

#Clowncars will be headed to F3 Greensboro on Sat, Nov 15 to workout with the Greensboro Pax. If interested in going, tweet me at @Skywalker_F3 or email at jfagan@cchrealtors.com 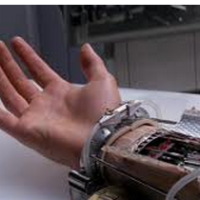