DevilsTurn launched with 6 PAX at 0515 from the 4 Mile Creek Greenway to take a Tempo run into the heart of Piper Glen/Raintree.  At some point, a mystery PAX joined the fun. 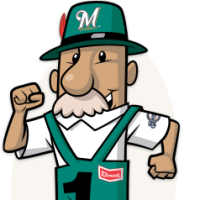 I was cheery this morning only because I wore my aerodynamic socks…trying to get an edge on the speedsters.

I am sorry I missed the fresh tracks on the track. Work got in the way. Thank you Bratwurst for the last minute sub!