Men Can Pole Dance Too.

Men Can Pole Dance Too.

23 men including 2 FNG’s appeared out of the gloom for another battle at Hydra.

Warm up: There wasn’t one.

-YHC took the pax on the first ever Hydra off campus excursion.  Pax ran .5 miles to Colony Shopping Center.   During the run YHC would blow whistle (at various times) and pax would drop and complete 5 burpees.  The whistle had to be blown even before leaving the parking lot in order to give more time for the few stragglers who arrived late.  YHC actually lost count of how many times the whistle was blown which should give an indication how many burpees were completed on the .5 mile trek.

-Mini plank-o-rama for the first to arrive at Colony while waiting on all pax to arrive.

-Partner up for  pole work and burpees.  Partner #1 hangs from light pole (or tree for the clydesdales worried about breaking the light post)  using only your arms and thighs keeping feet off the ground while partner #2 completes burpees, flapjack until a total of 50 burpees are completed.  Lots of comments from the pax on this one!

-Bear crawl toward back of shopping center (50 feet).

-Merkin run .5 miles back to OPE.  This time complete 10 merkins each time whistle is blown.

-Plank-o-rama until all pax arrive at OPE.

-Divide into three groups for relay race. Sprint across field and back.

-Jog to parking lot for COT.

-After YHC suffer 2 back to back beatdowns this week at Fast Twitch and Death Valley some last minute adjustments were made to the original planned workout.  Had to give the old legs a little break!  So running/leg exercises were replaced with the pole.  YHC remembered Bulldog being ordered to hug a tree during GoRuck Class 421 …so why not give it a try at Hydra.  Not sure it will make the cut for future workouts.  Several  “Bow…chicka….wow…wow” and other pole references could be heard from the pax during this exercise.  Donkey Kong lived up to his name and darted up a tree and hung there and appeared ready to stay there the entire time, but he was YHC’s partner and I was not as content completing all 50 burpees.

-Nice job by Unfair and Tiger Rag sprinting the .5 mile burpee/merkin run leaving the pax in the dust as they tried to limit the number of burpees/merkins they had to complete.  During the run back to OPE the number of merkins was increased to 15 for the sprinters in front.  That number will be significantly increased next time YHC breaks out the whistle.

-T-claps to Long Distance.  Even though LD had about 1/3rd distance head start and is old enough to be Unfair’s dad he still managed to almost (bit of a stretch here) beat Unfair on the last leg of the relay. He wasn’t named Long Distance for nothing!

-It was great having a few Metro guys post at Hydra.  Hope to see you guys again.

-Kevlar will meet at the Arboretum Chic Fil A tomorrow morning at the usual time.

-RSVP to the July Pig Pickin.  Bugeater will be sending out another E-vite as some did not receive the orignal email. 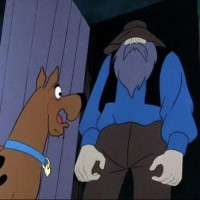 Great Q 49er. While I did tell you I hated that whistle it was a great workout. I was smoked most of the day. Thanks for the lead. And I think we gave new meanings and visuals to the phrase Tree Hugger.

i was smoked yesterday