Devil’s Turn/Off To A Fast Start

Devil’s Turn/Off To A Fast Start

15 Pax showed up for the first time at McAlpine Greenway to laydown some miles and build up a good sweat.

Great work by all who showed. It was a solid first turnout. Perhaps some of the Area 51 crew are building up some endurance for the upcoming Spartan and GoRuck events?

Swamp Fox set the bar, finishing at a blistering pace to lead the 6 milers in. Though his record will stand for just one week as he wasn’t timing himself. Just running fast because he can.

49er, Joker, and Joker’s FNG meanwhile lead the 4 milers in. At Joker’s suggestion the 4 milers added 10 burpees at the halfway mark. Just to let the rest of us catch up I guess.

An extra shout out to Jamboree who tried to relive the glory days all at once, dusted off the running shoes and tackled the full 6 miles. Way to get back at it!

Joker brought a ringer. His FNG looked like he could run circles around the rest of us. Can’t wait to get him out there for a full body workout.

The gravelly dirt of the greenway is an especially nice surface to run on. Hopefully, it will allow for many more miles to come.

At the 5 mile mark I heard in the woods what can only be described as a cross between an Owl and a Coyote making a ferocious racket. Rumors of both abound in these woods, so who knows. What happens in Area 51 stays in Area 51.

Headlamps may be a good idea next time, not just to help avoid any dips and divots, but also to ward off the Coyotes, Jersey Devils, and any other mismatched specie mutants that may be lurking out there.

The new and improved shouvel flag made its appearance this morning. You’ll have to join us to admire its sleak styling. 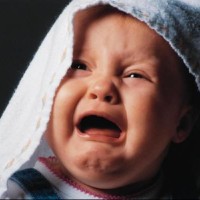 Nice work boys. This is a great alternative to the blistering SweetSix, although having said that I’ve guaranteed that this thing is just as fast in about 8 weeks. #alwaysgettingfaster