Where does that Trail go to?

Where does that Trail go to?

So this past Sunday’s Neighborhood Watch brought us to Prescott in Waxhaw. Radar and Posse started off with a Pre Ruck. They returned to the parking lot to meet up with myself and Shriver. We quickly walked some of the streets of Prescott and then headed into their trail where we came out on Waxhaw Marvin Road. Posse then said who knows where the trail across the street at Town Creek Park leads to? So I said…lets go and find out. So off we went. We took the dirt trail which we found out connects to Millbridge at the Creekview extrance. Posse was so excited to find this new trail for us to use. His excitement was then killed by the fact that in three consecutive weeks Neighborhood Watch has hit all three of his forbidden developments to walk in for Neighborhood Watch. As we walked past Wrigley’s neighborhood, I had thought about us gracing him with Monkey Humpers at his home but we were running late so we continued on. 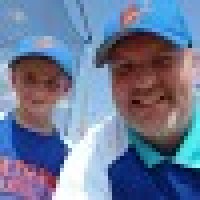