On the move at Kevlar

On the move at Kevlar

On a sticky morning the Kevlar crew came out for a non-stop leg and lung busting workout that was a little unfair for the lads who endured the BRR last weekend.

It was great to have the BRR boys back in the mix today. There were certainly some sore legs out there and this workout should have helped rid the legs of an lingering lactic acid.
The 10K swing crew were out in force again with a vast array of new bells at their disposal some of which were incorporated into the workout. There were also some faces that we thought had given up on the wee hour workouts namely Dolphin and Good Hands – kotters you both!
Geraldo was on fire this morning. This boy is getting fitter and faster with ever week that goes by. Brown gave him a run for his money on the suicides but there was no stopping the lad today!
Thank you to Tackling Dummy for stepping up to lead next week!
Have a great weekend.
Bulldog 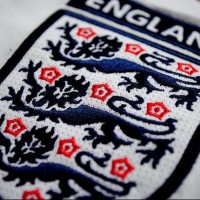