The year was New, the flags were planted, the gloom was…. gloomy, and even the news cameras were out to greet 115 eager Pax to Freedom Park to welcome 2013 in grand F3 style. The theme was a no holds barred workout for Veterans and an equally gruelling menu with less running for FNGs and Core. Just like father time, we planned to keep moving moving moving.

Hyannis took the FNG/Core group while the rest warmed up with some side straddle hops, merkins, squats, mountain climbers, and little baby crunches. The Pax were self-divided into three groups led by Slaughter, Ben Franklin, and Swamp Fox. We each took off to one of three stations and switched quickly to the next upon completion.

Mosey to amphitheater for Mary:

Run to Train Playground, split into 4 groups for 4 rotations (16 total exercises) of:

The Naked Moleskin
– News 14 was on-hand to capture our efforts. They sent their News Chopper up for the shot of all the pax attached to this post. (Or maybe that was a Simon and Garfunkle concert in Central Park in 1978). Catch the real footage on News 14 or here in my bootleg version

-Being that there was a special FNG workout to entice and celebrate new membership, we were honored to have Jail Bait, Syrup, High Life, Austin, Blackhole, Tom Sawyer, and Pink join us for the first time. Thanks for helping us grow!
-From Ben Franklin – Ended up with a strong group today…though I almost lost them straight out of the chute when I took off towards the pond #Abel-style and it seemed only Girardi followed. Seemed that not everyone recognized that the guy in the red hat was the one to follow, but soon enough, the larger group joined in for the brisk warm-up jaunt over to Hamburger Hill. Had some real beasts out front pushing the pace with me today – Girardi, Joker, Kaiser and Stinger, among others, kept the pressure on me to move faster and run harder at the workout spots and during the runs in between. I only hope I wasn’t holding those guys up – the pace was pretty much all-out from the get-go with zero rest and I, for one, was completely and utterly smoked when CRocket mercifully called COT. Hope the Pax enjoyed the sprint finish…just a sample of what we do every Friday at #Combine. Good to see lots of folks going balls-out after powering through the prior 50 minutes – we tried to up the ante and put together a quality test for folks today. All that being said, my favorite part of the workout today was simply having The Nibbler in my group for the full 60. 60 full minutes of #cheesybratwurstbeer-filledchatter from #bow-leggedBucky. Loved every minute of it. The chatter even started yesterday at #DH when I told him that the workout would involve covering some decent distance, and not at a mosey-like pace. IMHO, no workout can ever have enough #Nibblerchatter.
– From Swamp Fox – #TeamCelebrity posted on my six, following our brief CoP, and we were off, intensity high. We pulled the short straw and hit the the tennis courts first. Robo was an absolute beast on the 11s and YHC snuck in some bear crawling where the Cougar and Madonna smoked the field. Such a strong group today, no mercy, amazing the strength of the veteran crew! #crickets, chatter was surprisingly mild amongst this Pax, so I assume all were satisfied. There was one Q poke at the Supine ladder, don’t get too confident brother, the last rep will get ya.Shout out to Hillary rocking the WV, TML for leading the Nation in the field sprints and either a shout out or an act of sympathy to our brother Little John for carrying the rucksack throughout the entire beat down – hope you can get out of bed tomorrow, well done!Since the strategy was to have a FNG modified workout and a Veteran’s workout today, YHC along with BFranklin and Slaughter, knew we had to deliver. The result, an ultimate zero rest smokefest to begin 2013 – I hope the Pax were as smoked as YHC.
-From Hyannis – 115 Pax to ring in the New Year, strong proud showing for the F3 Nation. The Great Spirit of the Cherokee tribe must have thought so too, held off on the rain til 5 minutes after we rolled out of the park.
Ready for your close up? Appeared to be some serious professional video action going on out there not sure the source but look forward to seeing the results
TClaps to all the FNGs who posted: Special shout out to Austin who almost pulled a Larry Bird on the Jacob’s Ladder. Almost, but not quite.
-From Slaughter – Nash is really fast, Mall Cop’s knee hurt.
-Thanks to Crotch Rocket for being the man behind the curtain as always and organizing this convergence; leadership at its finest.

It was an honor to participate in the planning and execution of this event. We all welcome the opportunity to be a part of something that has brought so much to our lives. We can’t wait to see what 2013 has in store for F3! – SF, BF, S, and H 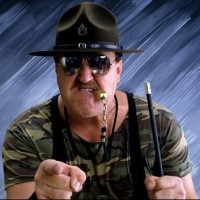 Great back blast Slaughter. Thanks to all the Q’s this am for leadership and willingness to make the faithful commit.. Looking forward to challenging and pain full 2013. Thanks F3 for making us better.