Aye! The bell tolled and & 7 pax slithered into the wet, soggy gloom to partake in Stonehenge. The goal was to give a “taste” of last weekend’s GORUCK Challenge. Unfortunately, Jack Webb showed up to assist in that effort. Great work by all the pax this morning. It’s unanimous, ALL THE PAX NOW HATE JACK WEBB!

Run half mile back toward launch place

Moleskin
– Great work by all the pax today in terrible weather conditions. This was a tough workout, at least for YHC! Fair amount of moans especially when JW showed up.
– Taste of GORUCK Challenge: Wanted to give folks a small sampling of last weekend’s Challenge. Introduced Jack Webb and let pax “pick their pain” in the parking garage.
– Speaking of Jack Webb, by my count the pax completed 178 reps of that sucker – that’s 178 merkins AND 178 military presses. Now that is an introduction brothers!
– Rolling merkins were very tough in the inch deep muddy field, at least for YHC.
– YHC was his usual chatterbox with lots of discussing about how “fun” the GORUCK Challenge was. Don’t think I sold many pax though.
– Keep Haggis and Bulldog in your prayers. Haggis is sick and Bulldog hard committed but didn’t show. Kidnapped by a Fartsack?

Announcements
– All South Charlotte workouts are on normal schedule now.
– New workout Mondays at South Charlotte Middle School (site of Death Valley). “Base Camp” will launch on 2/25 and will be led by Strange Brew. Plan is to be a more gentle workout with less reps to give folks a lower impact option during the week. Let’s all make sure to get there some to support this. Great spot for FNGs to try out F3. 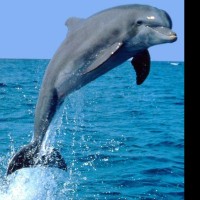