21 Pax (probably a site record) showed up to crush their timed mile, except for one who made it his mission to help others crush their timed mile.  The idea is to run the timed mile periodically to use as a baseline for other interval work and to assess progress along the way.  I can tell you this with certainty, the MG regulars have indeed improved, no doubt many overestimated their time, in other words, they crushed it! Was exciting to see the guys give it all they had, or more accurately for YHC to see about half the guys give it all they had since I couldn’t see the other half who were crushing it in front of me.

Quick briefing by the un-official A51 Running Nantan (Bratwurst) on how to use the strangely curved starting line and off we go:

Take a cool down lap or two, cheer on the remainder of the pax and then organize a 4 x 400m relay, some saying this was harder than the mile, only because you already ran the mile.  Fun seemed to be had by all.  Team 2 appeared to be the winning team, you know who you were.

Cool down mile or close to it and then up to the cars for COT:

We will be using the timed mile baseline in conjunction with the Jack Daniels Run Smart Calculator:

You plug in your number at the top and then click the “Training” tab to see related R, I, T, M, E paces

There were many notable efforts out there and I’d like to see guys sounding off below on them (yours or others) but those that I saw include: The Mouth going sub 6:10, what? Do you remember telling YHC when you ran a 10:00 mile, yeah, that is in the past now isn’t it? How about Freedom hitting 8:31 when the mile used to feel so much longer.  Sony showing up to his first Mountain Goat since he signed up for the Joe Davis Run, yeah brother, that’s what you do, that’s how you get at it!  Booyah wanting to do it again (not right away though) because he knows he can do a better job on pacing, yup that’s part of it, YHC remembers talking to Huggy Bear the other week and he was talking about a 7 min time, yup, beat that too!  Anyway these are only some of the notables since YHC was trying to run himself and sucking wind and what not are not conducive to making all the mental notes.  Also shout out to Slim Fast for pulling this workout together with YHC and running with Sensei for him to hit a great time of sub 6:30.

Pretty much everyone at this workout is going to the Joe Davis Run I’m sure:

Freedom took the pax out with a solid focus on the day and the One that matters most. 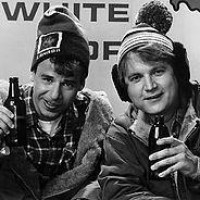 First of all, thx to Slim Fast for sacrificing his mile time to run with me. We all know he could run much faster than a 6:25 time.

I have not done one of these since high school, and much like then, I was nervous and had butterflies up until and after the actual timed mile began. The mind is weird like that, even though this was not a pass/fail scenario.

Not having any idea what to expect, I was pleased with my time and now have that baseline Brew mentioned. In the back of my mind I have wondered if I could run a 6 minute mile like I could do in high school. I think that is within reach with the help of MG. Thx again to Strange Brew and Slim Fast for organizing this and helping all of us get stronger and faster.

Thanks, Sensei! youve accomplished A LOT in a little over a year in terms of running/F3. It is an inspiration to so many! Can’t wait for 2016…!!

Brew, thanks for coordinating the mile run. Everyone did awesome! You guys know how to bring it!!

See you on Friday! Slim Fast

What about Strange Brew??? That guy is going from a steady long distance runner (evidence his SFO 26.2 and multiple 13.1s) to a short and mid-distance sprinter! Your times are faster almost every week on Strava… Great Work Brew!

Strange Brew – Thank you for organizing. The timed mile hurts, BAD. Almost diabolical to follow it up with a 400 Relay. Strong work by all out there.

Anyone notice Strange Brew’s Canadian flag socks? That was a nice touch. You Mountain Goat boys do a great job. I always enjoy joining you.

Fletch I can no more take credit for the relay race than anything else at Mountain Goat, the foundation has been and is being laid before me by others that know far more about this running thing than I ever will and the fact that guys show up is frankly amazing and is full testament to the “I am not a professional” part of the F3 model!

Joker, thanks for the notice 🙂 I really love those socks