Merkins on the Back Road

Merkins on the Back Road

13 Kevlarinians for a Q that was most definitely not made up on the fly.  Actually . . .

Tapped for the Kevlar Q this week, which I most gladly accepted.  The old Trapper Keeper was out of pre-canned workouts, but I had this one rolled up in the handle of my Rambo Survival Knife.  I still remember when my pops got me that jewel from the Florence Flea Market.  My buddies and I spent 4 hours trying to cut down a giant oak tree with the stupid little cable saw that hooked to the two keyrings that you put on your fingers and managed to saw through more of our fingers than the tree.  The oak tree was right beside my house, so I’m not sure what our plan was anyways for dropping that bad boy right on the roof.  It’s probably best that it didn’t work out.

We kept it fairly simple, like the Flipper challenges that keep coming out on Slack.  Actually, those things are complicated as all get out.  I think that only one person has ever completed one and he ended up finding One Eye Willie’s hidden treasure stash.  He was so confused at the end that he only took home a backpack full of Baby Ruths #Sloth and now lives in poverty.

Nice fly by from the TigerBall running crew.  TR is looking lean and mean.  I think he orders the grilled nuggets at Chick Fil A.  Nobody else eats those, they are disgusting.  The results speak for themselves though.  He looks like the bearded knight guardian of the Holy Grail on Indiana Jones and Last Crusade, but with a little more color.  I hear they are making a new movie soon.  Harrison Ford is 127 years old and it’s called Raiders of the Lost Remote.

Maybe I should talk about the people who actually came to the workout now that I’m on a roll.  Chubbs is getting pretty fast. He’s like 19 years old though.  He’s priming up for Site Q material.  I wouldn’t answer any texts from Orange Whip if I were him.

BLC is always ready for action.  When the white Dodge rolls up we know what’s up.  Nobody has any idea what he is saying, but we like it that way.  Usually those types of confused stares are reserved for folks listening to me speak, so it’s nice to see it taken to the next level sometimes.

Manziel seemed a bit perplexed by the uneven stairs of death on the hill.  For some reason, he decided to keep running up and down them when literally everyone else at the workout was running on the grassy hill .  There is a good Polish joke in here somewhere, but I’ll let you guys figure it out.

Good to have Stinger out, even though he missed the memo and parked at the old lot.  He pulled an OT and ran around for a while before he caught up with us.  If this were a Metro workout, we would have purposely left you but it’s all hugs and shrugs down here in the South.

Welcome First Time Kevlar poster Tupperware and  FNG Brownout.  Come back out and see us.

That’s all I have time for today.  I’m petitioning for Pluto to regain planet status so I’ll probably be cancelled soon.  It was nice knowing you. 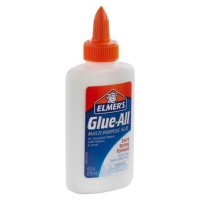