What are you doing with it?

What are you doing with it?

7 men got fast, powerful, and mentally tough during the 2nd running of cowbell. They slung heavy bells, they sprinted, and never stopped. These are some of the fittest men in the nation. Yet at the end, some were literally unable to lift their bells for another rep. Others appeared to be swaying on their feet, breathing hard. These men were and are complete bad-asses.

Why inflict brutality on themselves this cold winter morning? To get fast, strong, and mentally tough, of course. Each man next to his brother knew he could accomplish what would be impossible alone. No matter what trial he faced later that day, it would seem smaller. These men do this most every day. You see, the men of F3 inflict trials on themselves for a reason. They know that trials produce perseverance, and perseverance produces character. With character, the really good stuff is right around the corner.

That brings me to Zinfandel’s semi-reluctant take out. For those of you who don’t know him Zin, he has one of the biggest hearts in F3. He urged us this morning to hug our neighbors, to think of them, to love them, and to think bigger than ourselves. Implicit in what Zin said was that each of us has been given a kind of power that most others are missing. We have the obvious: speed, strength, mental toughness, and the character that comes from it. And we have each other: other men to come alongside us with their own speed, strength, and mental toughness.

Let me ask you. What are you doing with these gifts? Consider your answer. And consider how to use your gifts going forward if you are not satisfied with your answer. Your brothers will support you. And when the world sees you and your brothers, using your strength, character, and relationships, acting sacrificially, in love, for others, without profit to you, they will ask WHY. Only good things come from that question. It is the 3rd F. 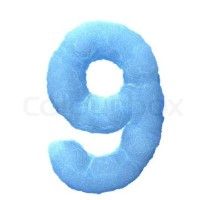