Every now and then, a casual conversation sparks an idea that eventually takes on its own personality.  Most ideas such as these I’ve found tend to fizzle out never having the opportunity to come to fruition, but every once and a Bethlehem Star, these ideas get the support they need and become a memorable day.  As was such with F3liz Navidad Christmas Eve Convergence.

A couple weeks back, that casual conversation of unknown origin took place with Brexit as he was trying to determine course of action on plans for Christmas eve.  To converge or not to converge, that was the question?  YHC threw out the offer to Q if said convergence took place.  A few days later and after being ghosted from other site Q’s, Brexit made the executive decision and called for the convergence whether they wanted to or not.  Leadership at its finest.  A second conversation took place and with neutral location established the convergence was a go.

Christmas eve brought a threat of rain, so the range of numbers was across the board of expectations.  Not knowing what to expect, YHC had a Covid ready Wienke to ensure proper distancing and hopefully keeping every together but not together together.  As the cars rolled up, YHC was immediately welcomed to see a great balance of Pax from Area 51, Waxhaw, SOB, and even a crew from Rock Hill.  A quick disclaimer and we were off.

Mosey to opposite end of field and circle up

Run 2 trees up, 1 Mike Tyson (increasing with each tree)

Run 2 trees up, 1 Russian Deadlift (increasing with each tree)

Mosey to far end of grass pad and lined up in plank position on sidewalk.  Pax at end did 3 plankjacks and ran to opposite end and got back in plank.  Ran through until every Pax moved to the end of the line.

Sprint to the end and 10 burpees

Mosey back to main street of Rea Farms for some partner work.  P1 took lap around building while P2 knocked out called exercises.  Combined counts for:

Back to launch to wrap up with one final lap around the grass pad stopping at 6 stations along the way for a combination of merkins, mary, and legs.

Back to launch for COT by the Christmas Tree.  T-claps to Rea Farm on the stellar tree.

As 2nd-F Q for SOB, that role this year has been about as important as a lifeguard for the 4 x 100 swim relay in the Olympics.  Covid has been a complete buzz kill and every time we start to have a notion of normality, it has quickly diminished.  A Holiday Party?  Completely out of the question.  Regular events that bring around much needed camaraderie and fellowship? Keep waiting.  Well with the reigns of the Christmas Eve in my hands, YHC believe it was time for the Taco Stand name to earn its keep.  Now here is where the magic of F3 starts to happen…

A few more casual conversations take place, and with only a mention of perhaps a holiday surprise bringing tacos for a post-workout snack, the men of F3 step up to make this one hell of a memorable morning.  War Eagle jumps in with cooler of water’s and dozens upon dozens of Krispy Kreme doughnuts.  Brexit helps with coordination/promotion and bringing folks together.  Periscope’s M knocks it out of the park with custom bags of F3 decorated home-made sugar cookies (T-claps to Periscope and your M.  Solid Work!)  One Star shows up and does what One Star does best – kick up the party a notch.  With Bluetooth speaker in hand and the bottle of Fireball ready, a post-workout snack was quickly taken to full-on morning Christmas party.  Meatloaf moves launch site for Devil’s Turn from their normal location to join in with our convergence.  The list goes on…

What was the result?  32 men and 2.0’s for bootcamp and an unknown number of runners (I’m guessing another dozen or so.)

This right here is what makes F3 special.  What started out as a conversation quickly turned into a full-blown South Charlotte/Northern Union county impromptu holiday gathering.  And no one person had to carry the burden of making yesterday morning happen.  Men stepped up.

As F3 men, we are called to step up without being asked and make it happen.

Now take this and change the setting.  That is what I believe we are called to do in our homes, our communities, our places of work.  We are a part of a conversation; identify a need, identify a way we can contribute and make a difference before we’re asked too.  If we can listen with the right ears, I fully believe we will hear the calling of those in need.  It may be the calling of our kids or M to unplug, put down our phone, and be present with them.  It may be a neighbor or friend dropping subtle hints reaching for help without directly asking.  It may be a co-worker or friend who needs a coffee and a candid conversation.  I challenge every one of us to listen for the call and step up to make it happen in 2021.

This is what we do.

I fully believe we are at the tip of the iceberg of the impact we will make in this city.  Keep EHing guys, bring them out, get them plugged in and accelerating.  This is a special group of men, I’m humbled daily by the men of F3, and honored to have lead you fellas yesterday.

Note: Don’t rule out that call may be from one of your F3 brothers.  This year has been tough, be there for each other.  If you’re a guy that needs an ear or help, reach out.  If you don’t know where to start, I’ll be happy to be listen.

T-claps to my M for rocking out Tacos at 5:00am and to Periscope’s M for the badass cookies. 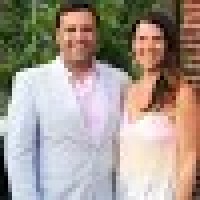