Four Score and Seven Burpees Ago….. A Very Lincoln Beatdown

Four Score and Seven Burpees Ago….. A Very Lincoln Beatdown

Four Score and Seven Burpees Ago…..

Disclaimer: Given and legally accurate. Fun Fact: Abraham Lincoln practiced law without a degree. He only had 18 months of formal schooling.

Mosey over to some open parking lot space.

Saunter on over to the Ceremonial Inclined AstroTurf Semi-Circle.

Fun Fact: Lincoln is enshrined in the Wrestling Hall of Fame.

Partner 1 Bear Crawls all the way around the semi-circle. Partner 2 does Freddy Mercury.
Flapjack.
Repeato.

Gettysburg Address – 4 score and 7 years ago…. (87 years after the Declaration of Independence)

Each Pax does 20 Power Merkins (merkins with partner’s feet on your back). Flapjack.
Each pair (together) does a long lap all the way down the Tree Lined Avenue and back.
Repeato.
4 times total.
7 x Burpees at end.

On the Avenue of Trees:

Leg Jack Webb aka Suzanne Somers aka The Thighmaster
Do you know Jack Webb’s middle name? I don’t either, but he does have one. You know who doesn’t have a middle name? Abraham Lincoln.

Fun Fact: Lincoln didn’t move to Illinois until he was 21. He grew up in Indiana. Which has nothing to do with this next exercise.

Fun Fact: You know who didn’t dip? Abraham Lincoln. He didn’t drink, smoke or chew, either.

Mosey on back to launch for some abbreviated Mary.

YHC serendipitously pulled up to the AO in a rental car with Illinois plates (the “Land of Lincoln”, which as we just learned is a total misnomer). After announcing the theme of the workout – Lincoln’s Birthday – Mermaid disclosed that he had just finished reading a biography on Lincoln. Great – a ringer. He will be fact checking everything I said.

A few highlights from The Gloom:

-#Cobains to Runstopper for slowing down his bearcrawl. At one point he just got tired of waiting on my slowness and just walked it out. Stop wasting my time, Q.

– Fallout was sporting a sharp, matching yellow-accented coordinated workout outfit sent by his agent in the mail. Lorax admired it. We all did.

– Prohibition shared with us that he carries most of his weight in his ankles. This is great for Power Merkins, bad for his partner. Cankles are the sign of a great leader.

-Mermaid also had a relaxing weekend of sitting by pool for 72 hours for 3 mins of action, so he was primed and ready to go.

– Magoo up front most of the morning and continues to be a stud.

– Point Break must have tapered for this morning’s workout. Strong performance. Won one of the sprints.

– Prohibition out to Anvil for first time in a while. Good to see you brother.

– Bonus points to Snowflake who knew how long a “score” was. 20 years.

– Snuka is timeless and I want to be like him when I grow up.

– Brilleaux is SBD. Silent but Deadly. But not in the flatulent sense. He is the silent killer. Like Radon or Carbon Monoxide.

– The Kettlebell Krew doing exercises near us has a very German techno-industrial vibe compared our own rag tag group of Patrot Citizens at Anvil. At the end of the workout it appeared we were denied a joint COT. Not to inflame the situation, but this has all the makings of an Area51 Civil War if we aren’t careful. Suggest back-channel diplomacy over beers at The Lodge. Building a Wall will be on the table and the Donut Run guys will pay for it.

Editor’s Note: The formatting on this version of WordPress blows. I tried four different browsers on two different devices and three different networks to get this thing to post. And I couldn’t get my usual graphics and bells and whistles and pyrotechnics to work. Defeating.

It starts somewhere down near Granite Falls and finishes at Howard’s Knob. Kodak is leading the Boone team. Donate here to support them: 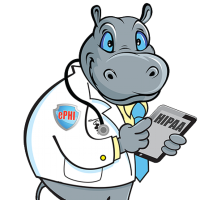 Wait, Prohibition was at a boot camp?

Yes. He crossed party lines and brought his A-Game. Impressive.

HIPAA came down from the mountain to Q Anvil. Good to see you brother. Solid Q. Coyote Ugly takes a rep to get used to. Book I read was Killing Lincoln. Not a ton of useless facts in that one. No mention of the wrestling.

Sorry I missed. This summer I should be able to post again on Wednesdays. Lincoln is my favorite president. He got out of Indiana as soon as he could. By HIPAA’s logic, Illinois is more the land of Reagan than of Lincoln. Reagan left for California when he was 22 to pursue an acting career but born and raised and played college football in Illinois. Went to Abraham Lincoln elementary school in Central Illinois and everyone in the school had to memorize the Gettysburg Address by the time you left.

Man it was fun. God bless you Hops. Thank you for providing some substance to my otherwise pedestrian backblast! You are the man.