Happy Saturday and good morning! Nothing says conquering the weekend like waking up at 4am to go get your ass handed to you at a CSAUP at UNCC. I remember a couple of our brothers doing it last year and complaining about how brutal it was. This time last year I was only a few months into my F3 journey and not physically prepared for an event like that.

But 2020 is a new year and after reading the preblast about the Gremlin I thought, “what other stupid bros can I get to join me for this thang??!!?” Posted to The Playhouse as FISH ON!! Mad Dog is the first HC, then Brutus and then the smoke signals finally reached Blue Screen. Let’s meet at 5am at Target to start our journey.

To no one’s surprise Brutus is high (on life) as a kite! That dude’s energy is palpable and I internally hoped he would conserve because today is the day you don’t want to blow your load to early. Blue Screen has his duffle in hand and shares that he only went to the gym 3 times yesterday which is basically a cheat day. Our full body suburban with all the fixin’s pulls up and I’m disappointed to find Mad Dog is not wearing a chauffeur’s cap.

We arrive, sign in, start on a roof deck and look down to the stadium scoreboard where Gremlin’s photo is being shown. The realty of just what the Gremlin actually is hits home. We lost a brother 2 years ago and this event is a remembrance of sorts to talk about the type of HIM he was. More on that later…

100+ mosey, circle up for some basic warm up and then break up into 3 groups. I won’t get into every single exercise but will at a high level. It was a long day consisting of a lot of mosey and four separate Qs essentially. It was sold as 8mi but only time would tell…

Q#1 – Station work consisting of some Billy Blanks Tae Bo stuff, a bunch pull ups and then ab work. Mosey to a set of stairs a grassy knoll for Fire Merkins. Brutal and absolutely bringing them to a Q near you. Mosey to a big hill for some Paula Abduls of burpees and WW2s. Meet up with everyone for a water break. The 4 of us were separated by the groups so we broke the rules and joined back up.

Q#2 – over to a massive parking deck. 5 floors of torture. A smattering of exercises in part one that involved running backwards of each ramp for every floor. Up to the top, rinse & repeat 4 times. Then we had a yoga/stretching for the next part. It basically consisted of the Waxhaw fellas making poop and eye contact jokes. It was well received as everyone was happy to laugh while on the top deck with tornado winds at 37 degrees. It was at this point MD and BS’s cycles were in sync and they were “prairie dogging”. Back to the last 20 minutes and it was back to stair and on your 6 work. F stairs. Another water break and the 2 fellas were crowning and jumped into a truck to find a hole. It was at this point I think Brutus’ excitement levels were much, much quieter. Could I convince him to eat a gel or a bar after turning me down the first few hours? We were now 7 miles in in like 2.5 hours. The 8mi preblast was BS….

Q#3 – long mosey across campus to where we said a prayer at the site Riley Howell tackled the shooter at UNCC last year. Brutal to think about but what a selfless hero at 21 years old. Back into 3 groups and 3 more beat downs. It’s irrelevant what we did at this point but the two fellas joined us again and looked a collective 10lbs lighter. Blue Screen actually exclaimed that it was a top 10 dump of his life, special moment and I’m glad i could be there to share that memory. I met a guy name Mogwai at this point who was an FNG at the the Gremlin last year. He was one of Gremlin’s close buddies and they were training for a marathon at his unfortunate passing. Really great group of guys.

Q#4 – another long mosey to another part of campus for 4 separate group workouts but at this point we were just mentally drained. Brutus was actually silent, hand on the Bible. Crazy and hard to believe. We learned what I think was called “Scottish Dragon” but I could be totally making that up. I will be unveiling at my Gladiator Q in March. The 2nd to last station we met a young man, Chicken Strip, that told us a wonderful story about his experience after participating after the Gremlin last year. He never met Gremlin but had an amazing story of the impact he has had on some of his personal lowest days. I got a little verklempt. Another hour had passed and I couldn’t tell you where we were in the campus. Watch said 10.5 miles by now but I was just happy to be done…..

Or so I thought. 3 trucks in neutral awaited us on the 1st floor of a 6 floor parking lot. Those cars stood between us, food and this damn thing being completed. Broke up into groups of 3 and we took shifts pushing each truck up 12 different ramps. Yikes. Gassed. Dead. Complete.

Rick aka Gremlin’s family awaited us at the end for our COT. I’m not sure of the final count but over 100 participated in this celebration of life. Rick’s wife and 3 daughters were so appreciative of what everyone had done yesterday to share the memories of the type of things their father and her husband loved so dearly. Very special moment.

It was a cold, long beatdown. 4Qs, 11.3mi and 5hrs, 21mins long. Great job to the 3 men that pushed through our comfort zones together. My only complaint with the whole day was it being held during Dryuary. Ugh, Heinekin 0.0s don’t quite quench the thirst like you hope. But as we found out and/or convinced ourselves….you can drink and drive with them. Right???

One thing that was discussed in the car was how hard being reminded of Gremlin’s passing for his family might feel. While I agree on some level it’s hard to do, it’s also extremely important to not bury the memories and find closure by remembering the good. As we all know we are all in F3 for different reasons but those reasons are all very fluid. It might be physical “things” but it also could be different forms of depression brought on by who knows what someone is going through. The collective camaraderie that comes from posting at any and all of the Fs we have is so important.

You are feeding your own personal soul, which is so important. Then that feeling you have while you transform pushes you to recognize other people in your life that could benefit from joining us in the gloom. The stories shared each morning are all reminders of the effort outside of F3 you need to put energy into to locate more of us. While I worked out yesterday morning with 3 brothers, I also knew and was motivated by the men on the trail run, Commitment and Homecoming.

Seeing yesterday that 4 FNGs joined us was just like shoveling a ton of coal in my internal engine. I’m sore and I’m tired but you can bet I will be posting on Monday. Stay motivated boys and push through the pain. Whether mental or physical issues we are all dealing with, keep posting because it’s with each other we can accomplish so much. 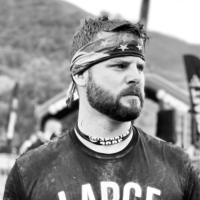