First bootcamp Q in a while…and it was at the Mumblechatter mecca that is #F3Hydra…so the nerves were at an all-time high. The plan was a little loose too, but I was enjoying the freedom from my normal super-structured long tempo run. So thanks to the Pax for sticking with me.

We did a little bit of everything, which I roughly remember as the following:

Mosey around the front of the school, around the other side to the basketball court for COT: IWs x 15IC; MCs x 15IC; Merkins x 15IC; LSSs x 15IC; Flutters x 15IC.

Mosey back across Rea to the bus parking lot that used to be a hazard for twisted ankles and torn ACLs, but was paved once the new site-Qs took over. We did various things while sprinting back and forth, including suicides, burpees, backwards bear crawls, and the like. We then planked up on a line for some merkins and plank walks…1 merkin, plank walk to next line, 2 merkins, plank walk back…up to 5 merkins. We ultimately did 2 sets of that.

We moseyed to the benches for a 10 and 15 bench set of step-ups, dips and derkins. Then back to the parking lot for a triple nickel of merkins and jump squats. Throw a couple of laps around the school somewhere in between all that and some closing Mary on the basketball court. That was about it.

Gummy texted me incessantly leading up to this…making sure I didn’t forget. Wanted me to stir up the App fans with some Gamecock trash talk in my Q advertisement. I know he thinks it’s cute when Gamecocks try to trash talk anyone…yet I obliged. The App gang didn’t disappoint, showing up en masse to represent the Sun Belt powerhouse. Ironsides sported the gym shorts that he slept in while in the dorms. Puddin was wearing a shirt that he clearly had borrowed from a petite co-ed during a “study hall” back in the day. HIPAA came down the mountain to talk of the superiority of @F3Boone while wearing short running shorts and a tank top. And Gloss, well let’s just say his shirt and short combo left little to the imagination, often times revealing his tramp stamp tattoo of Yosef, whose beard was enhanced by the Gloss back hair…and you don’t even want to know about the pipe.

The mumblechatter and refusenik ratio was high, as expected. Much of time, no one heard or paid attention to instructions and it was absolutely hopeless keeping up the rep counts…so everything noted above is pure estimation. Only Foghorn gave 110% on every exercise and every rep. Everyone else got what they paid for and Gummy’s Strava Relative Effort was surely lower than average.

It’s now basketball season for some…so Clover was in the Duke attire, having put his Notre Dame gear away. He swears he’s not wearing it again until Brian Kelley is fired.

I had heard rumors of his return, but it was good to lay eyes on Bounce and confirm that the stories of his death were indeed fabricated. It seems he’s chasing the years of Day Zero’s past, even though he repeatedly mumbled something about a lady named Barbie from Orange Theory. Apparently Gloss’ midriff just doesn’t compare.

Jet Fuel was matched up and tucked in as usual. But his normal Bama gear was missing. I think he’s nervous about the game with LSU and is playing it pretty low key. Don’t think I heard even one “Roll Tide”.

Big JV football game tonight at AK, as the young Knights take on Providence. 6pm kick. Hopper and I have a beer bet on the game. Pretty sure that’s against NCHSAA rules, and probably a violation of moral code. Nevertheless, I shall enjoy that winning beer. And I’ll be wearing my Gamecock attire after Saturday night’s victory, supporting the best 5-5 team in the nation.

Thanks to Gummy and Sprockets for the opportunity to lead. Thanks to the Pax for playing along. 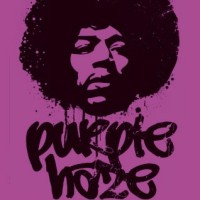 Haze, thanks for your valiant effort to inspire greatness into this ragtag Hydra crew. Sorry to have missed the fun, but glad to hear Foghorn was out representing the OP cul-de-sac pre-run club. Congrats again on your near-podium finish of the AARP mini-marathon. Hope to see you soon, brother!

Did I wear Duke gear that day?