It seems like most of the time I attend Ignition we run Champion Forest or stay on campus. Hollywood did take us through some trails once. I studied the Lawson trails a while last night and was a little worried I may get us lost in the dark. 8 pax joined me and kept up well.

DiCCS given 15 secs before the launch. Lets roll!

We headed straight to the Lawson clubhouse. We were holding about a 7 min mile pace on the way, I felt good! Hollywood asked if that was my half marathon pace…yeah no!

Arrive at the clubhouse, pick up 6 which were almost there. Circle up!

We hit about 5.5 miles and all pax pretty much stayed together and we circled back when needed. Creating this weinke I thought we may struggle to get through it but we had a bit of time to kill towards the end which was good. Hollywood, Dasher, and Gerber remain fast and pushed hard as usual. Legalzoom was consistent as usual and it was good to see Dana posting at ignition. Rubbermaid was holding his normal pace and could have probably run forever, I think he needs to be named the energizer bunny. The man has some short strides but never stops! Its good to see Sprinkles posting at Ignition and actually pushing his self, keep posting! Well done all and thanks for following me through trails and trusting I wouldn’t get us lost. Today the Weinke holder was key! 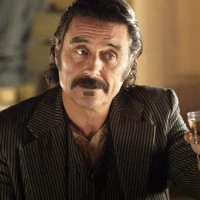