7 Pax showed up for a very hot, late Easter basket themed workout. After our warm up routine we split into two teams. We had baskets spread out in two lines, one line for each team, 3 baskets in each line. Each basket had 4 exercises in it. One pax had to run and get an exercise from a basket and bring it back (up and down the hills), then the team would do that exercise while another pax from the team ran to get another one. 12 exercises per team.

Next we stayed in our teams and one pax from each team had to jump rope while the rest of the team ran a lap around the parking lot. Went through the team twice so each pax got to jump rope twice. Had to move the jumping and the running route into the shade of the school, it was too darn hot!

Next we did a triple nickle routine. Three baskets spread out (in the shade). We ran along and stopped at each basket and did 5 reps of an exercise on the way down, and then 5 reps at each basket on the way back, total of 30 reps per exercise. We did merkins, American hammers, smurph jacks, burpees, and low slow squats. That was fun…puke break.

We did do a group photo which I had a hard time getting to the timer due to the fact that I couldn’t really see straight after all that dumb stuff we just did. Then we named the FNG, who is Blue Screen’s 20 year old son. We named him Nair because he wears Short Shorts (think of the commercial). He did great and hopefully he’ll be back on a morning when it’s about 15 degrees cooler! 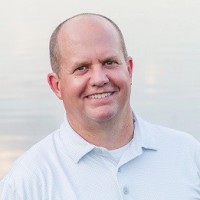