General accommodated YHC’s abysmal pace for nearly 3 miles. If only the cold could truly be blamed. #christmasbooze #holidayonice

With a total of four shivering men awaiting Q instructions we started off:

If was a simple thang today. An AMRAP of sorts, but one that kept the PAX in close proximity.

After about **5.??** rounds, with around 10 minutes until endex, we headed back to the launch via a KB weighted mosey, and finished with this closer:

The AMRAP is often railed against for being exclusionary, too competitive, and/or leaving the six to fend for themselves. While that can sometimes be true, a good AMRAP also has some real benefit, for both the leader and the six.

The spirit of competition, especially amongst males, is a strong motivator. A motivator that is sometimes enough on it’s own to push the six. Strong encouragement from other PAX, along with the competitive spirit is a great combo. AMRAPs that are done in a relatively close vicinity (i.e all PAX can see all other PAX for the duration of the training) are great for delivering a competitive spirit and the ability to “cheer” on lagging dudes. Strongly recommend a tight geographical area for your next AMRAP workout, seems to help the community spirit, while still allowing everyone to get a great workout.

Great group of veteran dudes out there for said AMRAP, it looked like a board meeting (except Wild Turkey was present, so that was different); YHC probably would have called a different workout if some of the newer PAX were there. Great work men. 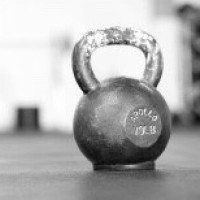